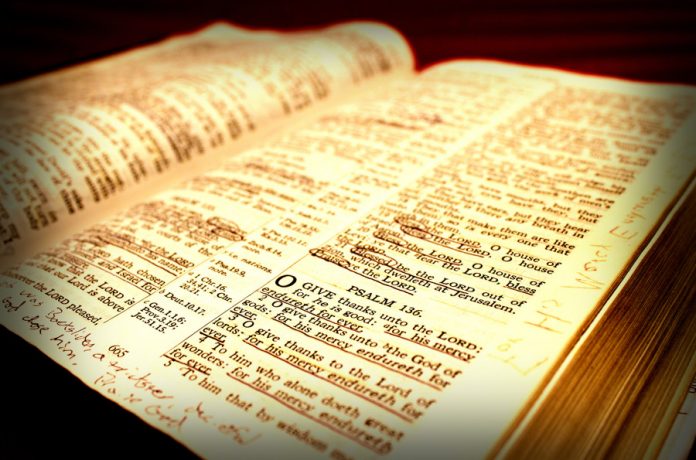 I met an American transgender in a Christian online group who was transforming into a man. She had claimed to have heard a voice as she was drunk-driving and filled with many thoughts as to why Christians did not accept her way of life.

After that voice she decided to become a baptized transgender Church goer. I am unapologetic as to why I have not used ‘a transgender Christian’.

For a Christian is a person like Christ. Christ is not a transgender, a gay or a homosexual.

The true reason for which I did not believe her story was because she had no repentance and salvation.

I know my bible and I know the power of Salvation. I absolutely was, and am sure, that Jesus can save her from that grave sin and wickedness against God.

On that very post was another testimony by a former Homosexual. He testified that on the day that he genuinely cried out to God and surrendered, that power had come into him to overcome the lust for men. Now that is what salvation is about; that is what Jesus does when He comes into a man’s life.

Any Church goer who remains the same after coming to Jesus still needs to undergo sanctification and experience what salvation is.

I have seen Jesus give me power to overcome sins that I could not break on my own after I prayed and cried unto him. When repentance is seen in us and a genuine plea for mercy and help is heard by God, power comes to help us overcome sin.

But this beautiful lady had no repentance, penitence or salvation. And so I was convinced that she was seeking acceptance in sin.

I was concerned. I said to myself, that even if she was telling lies, I was going to help her come to the truth. And If she was telling the truth which I doubt, I was still going to guide her rightly to turn away form that sin. Perhaps God had brought her forth that I may teach her what Jesus can do for her if she genuinely cries out for mercy and repents from her evil ways.

There are many voices that men hear that are not from God. Sometimes the devil could mask as an angel of light to deceive us. We may also hear human voices who are presently in the spirit realm (children of darkness).

Whichever it was, I was in that conversation to reprove her. I was there to lend her the helping hands of Jesus Christ my saviour.

It was during that processes that I had discovered that she had no plans of changing her ways but would rather go full trans. Then I opened her eyes to the scripture in Titus 2:11.

“11 For the grace of God has appeared that offers salvation to all people. 12 It teaches us to say “No” to ungodliness and worldly passions, and to live self-controlled, upright and godly lives in this present age, 13  “Titus 2:11.

One of the intriguing part of that post and comment thread and what struck me the most was that the ‘Christian’ moderators warned against any rebuke concerning her none-transformed life.

But that which they called love was wickedness in disguise. For the love of God turns a man from sin unto righteousness.

One of my American Facebook friends made a post and said: “why not we preach just love“. In other words, our message should be only about love.

Brethren, I present to you what I call ‘the gospel of love’.

The gospel of love is void of the call for repentance and penitence for sin. It’s result is without the plea and cry for mercy and grace. The gospel of love does not tell a man of the power to help him live above sin that is in Christ; but rather, it teaches that as sinners we are loved by God and that even if we continue to sin, the love remains.

God judgeth the righteous, and God is angry with the wicked every day. –Psalm 7:11

I do not say that there is no love for sinners. But the love of God to a sinner is to lead them towards repentance and salvation. God’s love is not for us to remain in our sins because love will not be considered on the day that the Lord will judge all men starting from those in the Church. For it is written:

“I will forsake my house, abandon my inheritance; I will give the one I love into the hands of her enemies. My inheritance has become to me like a lion in the forest. She roars at me; therefore I hate her.Jeremiah 12:7-8

So you see, God loves us truly but His love does not cancel His judgments. On that day our deeds and holiness will count.

Who truly does love?

A Christian meets a man who is derailing and condemns his sin and tells him that God is willing and ready to help him change like I did to the transgender. The sinner could be an outsider or could be a Church goer because we have sinners in the church. This sinner who has been reproved and told of judgement hates this Christian man and says there is no love in him.

A modern Christian and a preacher of love meets this sinner and embraces him without revealing his sin and condemning it. This modern preacher even welcomes this sinner into the Church but does not reprimand him and tell him the truth of the bible.

When this sinner dies and comes to judgement without plea and help, having not been told that God’s love will not pardon sin and that Church goers who sin will be faced with a stiffer judgment.

If he is condemned for sin and evil as it is written: “Nothing impure will ever enter it, nor will anyone who does what is shameful or deceitful, but only those whose names are written in the Lamb’s book“; what would be her thoughts about the Christian man and Preacher of love?

There is no love Gospel greater than John 3:16

16 For God so loved the world, that he gave his only begotten Son, that whosoever believeth in him should not perish, but have everlasting life. – John 3:16

“For God so loved the world that He gave us His son”, is love. “That whosoever believes in Him should not perish but have everlasting life”, is a warning for judgement and a call for salvation.

If this is what Jesus preached, what does the modern Church goers mean when they’d say: “do what Jesus would do”, “just love”?

Did not Jesus call for repentance when He told the harlot caught in adultery and was about to be stoned: “Go and sin no more“?

Did not Jesus tell the Pharisees: “You will die in your sin if you don’t believe and is converted”?

Did not Jesus preach and said: “repent for the kingdom of God is at hand”?

If these were the preaching and teachings of Jesus Christ, why should we not tell sinners to repent of their sins? Why should we preach ‘just love’?

John the Baptist preached: “Flee ye from the judgement that is coming.” He was hated by religious scholars just like holiness preachers will be hated by the preachers of the gospel of love. But he shook the nation of Israel and baptized many. The military trembled when they heard him roar: “flee now, for judgment is coming”!

Unfortunately for us and the kind of Gospel we preach today, our neighbors who are deep into sin, witchcraft, idolatry and wickedness are so happy to see us. They take us for a joke because we have made the counsel of God a complete joke.

And I ask again, what do modern Christians mean when they say: “Do what Jesus would do, just love, don’t condemn, just accept them the way they are”?

They don’t preach the whole counsel of God because they want to grow mega churches and become bishop of big churches. They don’t want to lose that member who pay mega tithe. Men and women who don’t care about God’s will or His word; they only care about themselves and how the world honor them, but the true honor which comes from God they ignore. Such men will not escape judgement unless they repent.

The gospel of love is not effective against men who hate God.

Even in the Church are men who hate holiness and righteousness. They cling unto God’s love and live in gross sin and immorality. I see them online everyday; they bear a form of godliness but are totally sold to the flesh.

They don’t want to ever see a Holy Christian man or woman. They deride virgins and righteous people. Yes! One said to me: “I hate you” during an argument. What did I do? I reproved her of evil.

These are the kind of people we have in the society, and what they need is not just to be told about God’s love because they don’t care about God, His love or His word.

What they need is for us to put tears in their eyes exactly the same way that we were caused to weep for our sins and we experienced salvation.

A sister just gave her life to Christ some weeks ago, for she said to herself: “I can’t afford to suffer in the world and suffer in eternity”.

Not that we should rule out God’s love from our message, but we must also teach the consequences of not accepting it. And to those who have accepted we must teach that: “he who mentions the name of the Lord must depart from sin”. – 2 Timothy 2:19

The gospel of love, watered gospel, diluted gospel, week gospel; it is why the Church as a unit has become powerless to shake our nations for God. And it is also why we don’t have revival.

Hear this word of God as a final warning you who is guilty of causing the Church of God to lose it’s power by teaching the gospel of ‘just love’:

18WHEN I SAY UNTO THE WICKED, THOU SHALT SURELY DIE; AND THOU GIVEST HIM NOT WARNING, NOR SPEAKEST TO WARN THE WICKED FROM HIS WICKED WAY, TO SAVE HIS LIFE; THE SAME WICKED MAN SHALL DIE IN HIS INIQUITY; BUT HIS BLOOD WILL I REQUIRE AT THINE HAND. Ezekiel 3:18