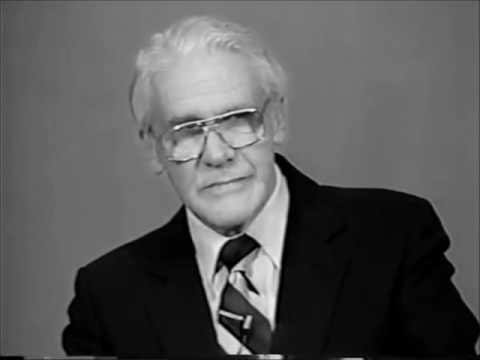 In a certain sense, all men are strangers to one another. Even friends do not really know each other. To know a man, one must know all the influences of heredity and environment, as well as his countless moral choices that have fashioned him into what he is.

Though we do not really know one another, tracing the course of a man’s life sometimes offers rich reward, particularly when we see the great driving forces which have motivated him.

For instance, how greatly your life and mine would be benefited if we could experience the same surge of Christ-life that moved Saul of Tarsus (later called Paul) and plumb even a little the hidden depths of the meaning in his words, “I bear in my body the marks of the Lord Jesus” (Gal. 6:17).

One thing is sure about these words: they were an acknowledgment of Christ’s ownership. Paul belonged to the Lord Jesus — spirit, soul, and body. He was branded for Christ.

When Paul claimed to bear in his body the wounds of the Lord, he was claiming no “stigmata,” as did Saint Francis of Assisi in 1224 A.D. It is not a bodily identification by outward crucifixion. He had been “crucified with Christ” (Gal. 2:20).

If, as tradition says, Paul was only four feet six inches in height, then he was the greatest dwarf that ever lived. He out-paced, out-prayed, and out-passioned all his contemporaries. On his escutcheon was blazed: “One thing I do.” He was blind to all that other men gloried in.

Pascal was bitterly criticized because apart from the immortal soul of man, he could see no scenery anywhere worth looking at.

By the same token, the Apostle Paul might be castigated for saying not a word about Grecian art or the splendor of the Pantheon. His was a separation to spirituality.

After the Athenian clash on Mars’ Hill, Paul poured contempt on the wisdom of this world, dying daily to the temptation to outwit and out-think the wise. His task was not that of getting over a viewpoint, but of overcoming the legions of hell!

Somewhere, most likely in Arabia, Paul’s personality had been transfigured. Never after that was he listed as a backslider. He was too occupied with going on. It would have vexed his righteous soul to hear a congregation sing, “Prone to wander, Lord, I feel it!”

Unsponsored, unwelcomed, unloved — these made little difference to Paul. On he went, blind to every jewel of earthly honor, deaf to every siren-voice of ease, and insensitive to the mesmerism of worldly success.

Branded by Humility
Paul was also branded by humility. Moths could not corrupt this God-given robe. He never fished for praise with humilitys bait, but in the long line of sinners, put himself first (where we would put him last).

The old Welsh divine said that if you know Hebrew, Greek, and Latin , do not put them where Pilate did at the head of Christ, but put them at his feet. “What things were gain to me,” says Paul, “these things I count as loss for Christ.”

What a heart’s ease is the virtue of humility — the great joy of having nothing to lose! Having no opinion of himself, Paul feared no fall. He might have swaggered in the richly embroidered robes of the chancellor of a Hebrew school. But in the adornment of a meek and quiet spirit, he shines with more luster.

Branded by Suffering
Next, Paul was branded by suffering. Consider the thing he mentions in Romans 8: famine, peril, nakedness, and sword (these belonging to acute discomfort in the body), and tribulation (perhaps of the mind), distress, persecution (of the spirit). Of all these sufferings the “little” minister partook.

This wandering Jew “made war on all that made war on God and on the children of men.” This prince of preachers and his foe, the prince of hell, spared each other no beatings. It was a free-for-all and no holds barred!

Look closely at Paul — at that cadaverous countenance, that scarred body, that stooped figure of a man chastened by hunger, kept down by fasting, and ploughed with the lictor’s lash; that little body, brutally stoned at Lystra and starved in many places; that skin, pickled for thirty-six hours in the Mediterranean Sea!

Add to this list danger upon danger; then multiply it with loneliness; finally, count in the 199 stripes, 3 shipwrecks, 3 beatings with rods, a stoning, a prison record, and deaths so many that count is lost.

And yet if one could add it up, all must be written off as nothing, because Paul himself thus consigned it. Listen to him: “Our light affliction, which is but for a moment…” Thats contempt of suffering, if you like!

Branded by Passion
Furthermore, Paul was branded by passion. A man must be in the dead center of God’s will and walking the tightrope of obedience to call upon the Holy Ghost to bear witness to his witness. Yet Paul does this in Romans 9:1.

Oh, that from this wondrous flame every living preacher might capture just a little light! Beatings could not cast the flame out of Paul; fastings and hunger could not kill it; misunderstanding and misrepresentation could not quench its fire; waters could not drown it; prisons could not break it; perils could not arrest its growth. On and on it burned, until life ebbed from his body.

The living Christ who was within Paul (Gal. 2:20), as manifested by his soul-passion, was at once the despair of hell, the capital for enlarging the Church, and cheer to the heart of the Saviour, who was seeing the travail of His soul and was being satisfied.

Branded by Love
Paul was branded by love. When Paul experienced becoming a “man in Christ,” he developed the capacity for love. Only maturity knows love. How Paul loved!

First and supremely, Paul loved his Lord. Then he loved men, his enemies, hardship, and soul-pain. And he must have loved this latter particularly, else he would have shirked prayer. Pauls love carried him to the lost, the last, the least. What scope of love! Mars Hill with its intellectuals, the synagogues with their religious traditionalists, the market places with their prodigals — all these he yearned over and sought for his Lord. Like a mighty dynamo, love pushed him on to attempt great things for God.

Not many have prayed as this man prayed. Maybe McCheyne, John Fletcher, mighty Brainerd, and a few others have known something of the soul-and-body mastering work of intercession motivated by love.

I remember standing by the Marechale once as we sang her great hymn:
“There is a love constraining me
To go and seek the lost;
I yield, O Lord, my all to Thee
To save at any cost!”

That was not just a lovely sentiment. It cost her prison, privation, pain, and poverty.

Charles Wesley seemed to reach on tiptoe when he said, “nothing on earth do I desire but Thy pure love within my breast!” More recently Amy Carmichael uttered the heartfelt prayer; “Give me a love that leads the way, a faith which nothing can dismay!” These men and women were certainly on the trail of the apostolic secret of soul-winning.

Great soul-winners have always been great lovers of mens souls. All lesser loves were conquered only by the greater Love. Great love to the Lover of their souls drove them to tears, to travail, and to triumph. In this evil hour, dare we love less?

Let me love Thee, love is mighty
Swaying realms of deed and thought;
By it I can walk uprightly,
I can serve Thee as I ought.
Love will soften every trial
Love will lighten every care;
Love unquestioning will follow,
Love will triumph, love will dare!

Without any of their choosing, millions will be branded for the Antichrist one day. Shall we shrink to bear in our spirits, our souls, and our bodies our Owners marks — the marks of Jesus? Branded means pain. Do we want that? Branded means carrying the slur of the servant. Will we choose to be branded — for Christ?