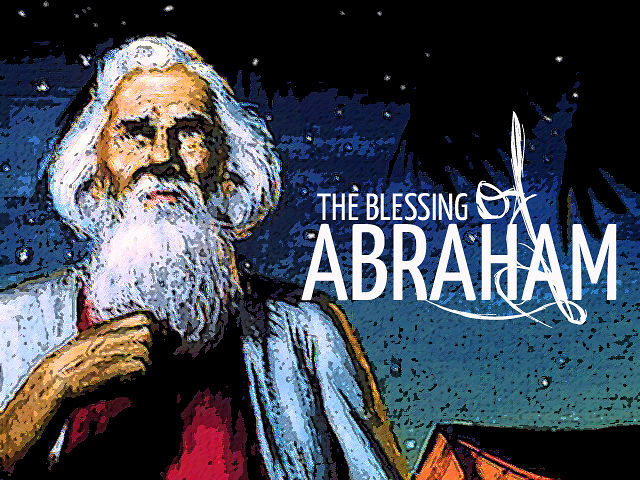 I have seen those who teach that God called us out of the world to bless us like Abraham. This is untrue! Abraham was not called out to be blessed. God has the power to bless him right in his fathers house. Just as Job was blessed right there in his own town of Uz.

With Abraham, God wanted a nation, a people, a generation that will fear His name, and to show forth His praises among the nations who knew other gods, that all men many see and know the one true God and His judgments. And Abraham was called out to be the father of that generation that will serve this purpose of God.

God was also going to give Abraham the Holy Spirit by which he shall know his God. So Abraham became a prophet. And Abraham was commanded to teach his offspring’s the knowledge of God. By this knowledge, the sons, if they will abide in it, will also attain to the blessings and covenants of Abraham. For it is written;

For I have known him, in order that he may command his children and his household after him, that they keep the way of the LORD, to do righteousness and justice, that the LORD may bring to Abraham what He has spoken to him.” – Genesis 18:19

When God spoke the above to His angel, Abraham was already blessed. What remained was the promise of a great nation that will come from Him. But the number one rule was that Abraham will instructs his posterity according to the way of the Lord, to do righteousness and justice.

It is my belief, according to the spirit of teaching, that God delayed His promise to Abraham in order to teach His righteous ways to him, first. For Abraham was a pagan before he was called out by God.

So, because God was direly looking for a righteous generation, He made their greatness and blessings depend on righteousness and justice. And without righteousness there would be no Abraham’s blessings or any greatness for His offsprings.

All covenants have stipulations, and rules. Abraham’s covenant relied on righteousness.

The Lord’s anger with Israel, for which He allowed them to be plundered and destroyed by the enemies, famine, plagues, and wars was based on this fact and truth.

And whenever the sons of Abraham failed in righteousness and justice, Abraham’s blessings were held back. Then they were plundered until they lost all they gathered.

At an instance, they imagined that God would accept the sacrifice of goats and sheep and relief them of their troubles, but the Lord rebuffed them, saying,

“I desire mercy and not sacrifice, And the knowledge of God more than burnt offerings.” Hosea 6:6

“He has shown you, O man, what is good; And what does the LORD require of you But to do justly, To love mercy, And to walk humbly with your God?” Micah 6:8

“For Righteousness shall exalt a nation; But sin is a reproach to any people.” Proverbs 14:34

These, my people, are the true words of our God. This truth is very consistent all over the Old testament. God cannot change from loving righteousness to mongering sacrifice and seed above righteousness.

Therefore, if anyone wants to connect into the sure blessings of the Abrahamic covenant, tell him that he must register his interest with righteousness. It is God’s first demand.

The harvest is passed, the summer is ended, and we are yet to be saved

Pride will kill you; Learn 10 ways to kill it first