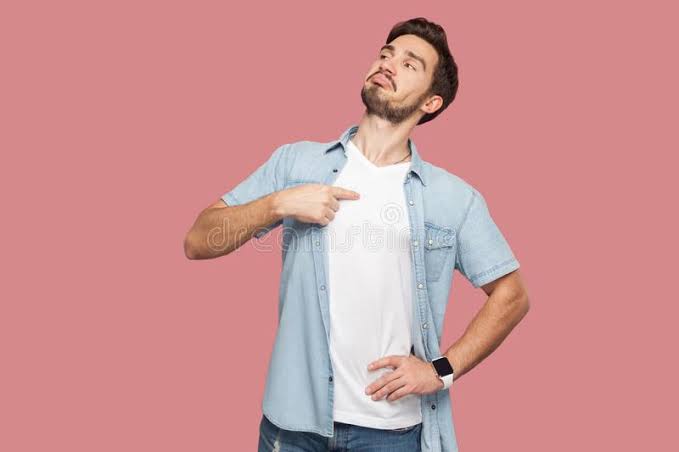 Pride says to God, “I’m more important than you.” Pride would have its own way, rather than the Lord’s. God alone is worthy to receive honor, glory, and praise. But pride tries to hijack it for ourselves.

1 Peter 5:5 says, “God opposes the proud, but gives grace to the humble.” Which do you want from God: his opposition or his grace? If grace is what you want, it is vital that you lay aside pride.

Pride is the root of every sin. It has the audacity to disobey the loving, wise God who has purchased you. Pride wreaks havoc on your spiritual life.

We must declare war on pride lest we fall into sin and put enmity in between us and God.

It’s essential to know our opponent in this war. We need to know what pride is and what it looks like. We must be able to identify pride from a mile away. Let’s take a look inside the camp of our enemy.

Pride is that desire in you to receive more praise. It is the desire to be exalted rather than to glorify God. The proud person is confident in their own ability, and they do not rely on God’s grace.

Here is a non-exhaustive list of indicators to be watchful of:

Now that you can identify pride, you’ve got to know how to fight it. Here are 10 practical ways to be killing pride:

If the truth was known and believed, pride would not exist. Your pride comes from lies that you are believing. Our adversary is a liar, and the father of lies.

His first strategy is to get you believing something that is not true. Once you identify lies, you can replace them with the truth.

Here are some lies that can lead to pride:

God is holy. His wisdom is infinite. His glory is never-ending. His goodness is unsearchable. He works all things according to the counsel of his will.

There is no being in all of creation that compares to the Creator—especially not humans. We are the only beings in existence that are prideful enough to disobey God.

“I am the Lord. That is my name, and I will not give my glory to another or my praise to idols,” (Isaiah 42:8). He commands all worship, praise, adoration, honor, and glory. And, he will receive it.

It is impossible to have a view of God that is too great. He is more majestic than our minds will ever be able to comprehend. Yet, he is intricately concerned with every aspect of our lives.

Pride often comes from a view of God that is too low. We must fight to revere him if we want to be humble. This is what John says, “He must increase, but I must decrease,” (John 3:30).

Your position after Christ is all of grace. What you deserve is infinitely worse than what you’ve been given.

Listen to what Ephesians 2 says about what we were before Christ:

“You were dead in your trespasses and sins in which you previously lived, according to the ways of this world, according to the ruler of the power of the air, the spirit now working in the disobedient. We too all previously lived among them in our fleshly desires, carrying out the inclinations of our flesh and thoughts, and we were by nature children under wrath,” (v. 1-3).

We were helpless and hopeless. Living according to the world, following Satan, and living to satisfy our own desires. But, our hearts were changed. God made us alive so that he could display the riches of his grace in us. This leaves no room for pride.

That passage also teaches us that even our good works were prepared ahead of time by God for us to do (v. 10). You never surprise God when you do good. He planned it. He gets the glory.

What do you have to be prideful about? Pride often comes from either thinking yourself to be higher than you are or thinking God to be lower than he is.

To claim that anything you’ve done is of yourself is to scorn the grace of God.

This is the command that Paul gave in Philippians 2, “Do nothing out of selfish ambition or conceit, but in humility consider others as more important than yourselves.“

No one is more valuable than anyone else. You don’t deserve more grace than someone else. That is contradictory to the nature of grace; it is a gift that is given to those who don’t deserve it.

How often do you go out of your way to serve your brothers and sisters? Do you carry one another’s burdens?

Ted Hegre, a founder of Bethany Global University, used to say, “Receive compliments, but don’t swallow them.” His point was that it is good to recognize your abilities and use them for God’s glory. Allow people to edify you, but don’t allow them to convince you that you could’ve done it alone.

You shouldn’t be constantly thinking about how people think of you. Don’t dwell unceasingly on the compliments you’ve received.

The proper response to a compliment is to ask, “How can I best glorify God using the gifts that people testify that I have?” It is also proper to recognize that your ability is from God.

God is more willing to use a humble man than a prideful man who has every ability in the world.

6. Remind Yourself of Christ’s Example Often

Christ set the ultimate example of humility. And scripture commands us to follow his example.

“Adopt the same attitude as that of Christ Jesus, who, existing in the form of God, did not consider equality with God as something to be exploited. Instead he emptied himself by assuming the form of a servant, taking on the likeness of humanity. And when he had come as a man, he humbled himself by becoming obedient to the point of death – even to death on a cross.“

Jesus is equal with God, but he took on our likeness. He humbled himself by being obedient even unto death. Do we have that same level of obedience? Can you cry out “not my will, but yours be done,” as Christ did?

If you can remind yourself just how much your Lord humbled himself, you can be encouraged to pursue it for yourself.

7. Ask God to Humble You

God’s will is for you be holy just as He is holy. His desire is your sanctification. And he is sovereign to bring that holiness to fruition.

We are dependent on the Holy Spirit if we are going to live in humility. This grace must come from him.

Jesus said this in Luke 11:13, “If you then, who are evil, know how to give good gifts to your children, how much more will the heavenly Father give the Holy Spirit to those who ask him?” All you have to do is ask.

Your prayers reflect the desires of your heart. If you truly want to kill pride, you’ll ask God to kill it in you. And, God will have his way.

“You can have no greater sign of confirmed pride than when you think you are humble enough.” – William Law

False humility is destructive. It allows you to live in pride without acknowledging that there is a problem. You’re living in sin without recognizing it. But, what is false humility?

False humility is when you convey a life of humility while having a pride issue internally. It is a disparity between external appearances and internal sin. Here is a list of possible indicators of false humility:

We must flee from this false humility. It is the epitome of hypocrisy, refusing to admit imperfection in your life.

“For if anyone considers himself to be something when he is nothing, he deceives himself,” (Galatians 6:3). If you have false humility, repent. There are forgiveness and freedom.

9. Avoid Positions That Cause Pride

If taking on a certain responsibility or position will cause you to be living in pride, it is best to avoid that position.

Paul says that even the office of an overseer cannot be held by a new convert “or he might become conceited and incur the same condemnation as the devil,” (1 Timothy 3:6). Obviously, avoiding conceit is a valid reason to not accept a position.

Everyone deals with pride in some way. Therefore, it is not reasonable to say that if there is pride in your heart at all, you shouldn’t be a pastor, manager, or leader. But, you cannot be living in this sin and holding one of those offices.

In his book The Soul Winner, Charles Spurgeon pointed out that “Humility is one of the chief qualifications for usefulness.” This is an incontrovertible truth of ministry.

This is the last step mentioned, but it is the most important. Meditating on the Bible is the most necessary part of becoming humble because it is the foundation upon which all of these other steps must be accomplished.

Do you need to understand the truth about God? He tells you all that you need to know in the Bible.

Do you need to know the truth about yourself? Scripture is the accurate mirror that will show you who you truly are.

Do you need to see Christ’s example? It is recorded sufficiently in the scriptures.

The Bible is not dead or inactive. When you read it and believe, you are being sanctified.

God gave us the Bible so that we could be made into righteous, complete people. “All scripture is inspired by God and is profitable for teaching, for rebuking, for correcting, for training in righteousness, so that the man of God may be complete, equipped for every good work,” (2 Timothy 3:16-17).

One day, we will battle no more.

Being prideful should not be pleasant to the believer. We hate it. And we seek freedom.

The good news is that God is able to free us. The best news is that he promised he will. There will be a day when Christ brings history to its consummation and believers will be standing blameless before God. We will be given a body in the likeness of Christ’s glorified body. And we will dwell with him forever.

We battle against pride knowing that Christ has won the war. His grace is enough. His righteousness is counted as our own.

The reason that we are able to be in this battle is that the Holy Spirit is working in you and completing the work he began. Look to Christ with gratitude, adoration, and praise as you struggle against sin.

We are saved to live a holy and sanctified life