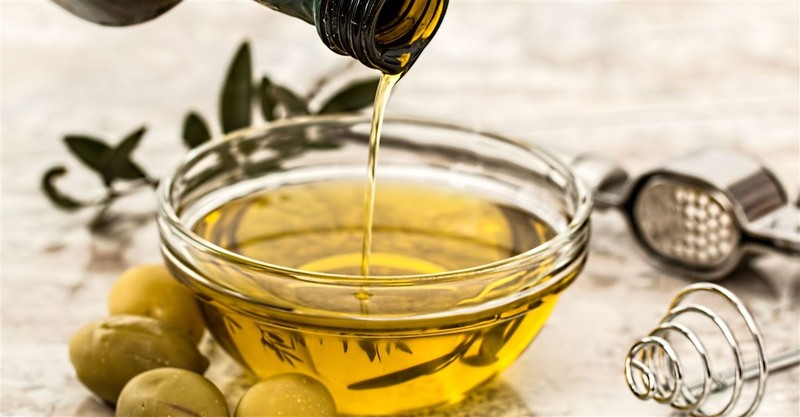 At the point of initial salvation, all believers are filled with the Holy Spirit when we invite Jesus to come into our heart.  God anoints all believers to hear from God for themselves, to discern between truth and error and to successfully live the Christian life.

The next step after initial salvation is the Baptism of the Holy Spirit, which is to be “endued with power” from on High (Luke 24:49).

Salvation = filled with the Spirit

Baptism of the Holy Spirit = endued with the Spirit

The Baptism is an enduement of power and is the door or entrance to operating in the Gifts of the Spirit.  The Baptism of the Spirit enables the believer to walk in greater victory in their Christian life, to live a life where healings, miracles and the supernatural is a common part of life, and to enter into deeper levels in God in worship, the Word and communion with the Holy Spirit.

The second level of anointing is when God anoints the believer for the particular ministry that God has called him or her to do.  Everyone in the Body of Christ is called to be in ministry.  There is to be no competition or jealousies, or comparisons among believers, as each of us is given an assignment from the Master (Jesus) to fulfill.  Not all are called to clergy ministry, but all are called to fulfill a specific ministry assignment that God has given each of us to do.

Often times a person called to a ministry involving speaking before an audience literally feels an anointing descend upon them as they begin to minister, and they may even be a changed person full of boldness and authority while under the influence of that anointing if normally they are shy and quiet.  Then after 2 or 3 hours after ministering, the anointing may lift.

The same example could hold true of those anointed to prophesy.  Normally they may be reserved and quiet, but when the anointing comes on them for ministry, they are a completely different person until the anointing lifts after they are finished ministering.

People called to the healing ministry, while under the influence of the anointing for ministry, may feel literal heat, electricity and power coming out of their hands, or may operate in words of knowledge, and be unusually bold.

Being anointed with authority in the Spirit is the 3rd level that is higher and deeper than ministry alone.  When flowing in this anointing, your words have the power to plant or uproot.  Your words carry weight, and none of your words fall to the ground.  Your words have the power to decree and command (as led by the Spirit and coming into agreement with and repeating what the Spirit is saying, and speaking under the influence of the Holy Spirit.  (It’s not from the flesh commanding or decreeing things.  If it’s just the flesh, it will produce no fruit.)  When you decree and command, then God backs up what you say.

The anointing for authority also involves the area of declaring deliverance to the captives, and the captives are delivered and chains are broken.

The anointing for authority involves creative miracles – decreeing and speaking things that are not as though they were, commanding them to be, and it happens just as you say.

Authority is the kingly anointing – to rule and reign with Christ and know who you are in Christ.  To make decrees in the heavenly realms, and it comes to pass.  To have authority over demons and satan, and all powers of wickedness.  To cast out devils.  To raise the dead.

Taking authority in this type of situation would involve stopping ministering for a minute and openly telling the troublemakers [those are my words not what Benny said] to either be quiet or leave, and if need be, having the ushers escort them out.  It also involves making it clear that there are to be no cell phones ringing and people talking, no constant talking to your neighbor, whispering, goofing off, constantly going in and out of the sanctuary during the worship and the preaching of the Word unless it’s a dire medical emergency.

The anointing for authority involves situations in which Satanic plants are sent to churches and meetings to try to cause distractions and the demise of the pastors and leadership.

Sometimes people who cause distractions are not a Satanic plant, it’s just that they can be rude, inconsiderate, immature, disrespectful and have not been taught to keep quiet and not talk to their neighbor, or on the cell phone, during the worship and preaching.  I’m talking about people who are in the habit of talking during most of the service, and they do this all the time.  When I was a child we were taught to not talk or goof off during the worship and the Word.  If we got restless we could color in a coloring book or read a book.  It seems like today so many parents don’t teach their children to be quiet during the services, and they let them talk and run around.

Sometimes distractions are caused by demons manifesting in people.  There’s a time to cast out demons (as Jesus demonstrated in His ministry).  Then there is a time when you are to command the demons to be silent (as Jesus also did in His ministry).

On rare occasions, the anointing for authority involves, when directed by the Spirit, pronouncing judgment on those who rise up to try to destroy the work of God, and the Lord backs up your words and He carries out the judgment.

An example is Ananias and Sapphira.  The apostle Peter and other apostles pronounced a judgment on them for not only lying to them, but for also lying to the Holy Ghost.

Another example is when Elijah pronounced a judgment on the young boys who mocked him because of his baldness.  He probably was literally bald, but the Scriptures imply that the mocking was deeper than just making fun of his lack of hair, but mocking the anointing on his life.

In the ministry of William Branham, there was a situation that arose in one of the meetings in which he pronounced a judgment (by the leading of the Spirit) upon a certain man.  This man had come up to the stage in the healing line, claiming that he had cancer and for William Branham to lay hands on him so that he would be healed.

The man lied – he did not have cancer.  His intent was to make a false claim about having cancer, in order to “expose” Branham as being a false prophet (because he didn’t believe that God reveals things to His prophets by the words of knowledge).  The man was out to prove that Branham just “made up” all those words of knowledge about people.  When the man claimed to be sick with cancer, the Holy Spirit told Branham that the man was a fake and was lying, and then Branham told the man in front of everyone there that he lied about having cancer.

Then Branham pronounced a judgment on the man for lying not only to him, but to the Holy Ghost, and told him that since he lied about having cancer, that cancer would come on his body immediately and he would be dead by the next day.  It happened exactly as what Branham pronounced.

A curse and a judgment are two different things.

A curse is a prayer or verbal words intending injury, harm or misfortune to come to someone (usually based on hate, jealousy, and wicked intents of the heart).  We are not called to curse.

A judgment is the discernment between good and evil, what is right and what is wrong, and based on the evidence and situation, making a judicial decision and pronouncing a verdict and the consequence/punishment (if applicable) according to the laws established by God.

The authority to pronounce a judgment is granted to you from a Higher Authority (God).  It applies to true God ordained Apostles who walk in greater levels of authority.

The anointing to pronounce a judgment is not the same thing as Matthew 7:1 “Judge not, lest ye be judged.”  In Matthew 7:1, it’s not referring to a judicial decision based on right and wrong, but to be critical and despise someone and their shortcomings, and to be very condemning of others, while you yourself are not perfect.  This type of judging involves pride – of pointing out the faults of others, while ignoring the plank in your own eye.  This type of judgment involves judging others for their actions when you don’t know all the facts and have not heard all sides of the story, nor have been in their shoes.

This differs from a judgment made by a judge and jury in a courtroom, based on discerning and separating the facts and reaching a verdict.

On very rare occasions is a judgment pronounced.  The church, as a whole, is not ready for things to go back to the way it was in the early Church in Acts. The glory of the Lord has the power to heal and bring about miracles.  Yet one can also perish in the Glory by things such as irreverence, profaning the holy things of God, lying to the Holy Ghost, and trying to destroy someone’s ministry or discredit them.